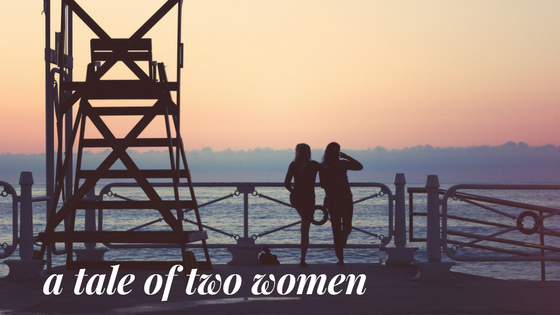 A Tale of Two Women

This morning a beautiful friend of mine is taking off to the Phillipines for 9 days for a business event, leaving her three gorgeous kiddos in the sole care of her more than capable husband. At the same time she was taking off, I was ensconced in a two hour volunteer induction session at my daughter’s school.

What do these two things have in common?

Not much – apart from the fact they’re both happening on International Women’s Day.

😉) but today is #internationalwomensday

My FB and Insta feeds have been filled with beautiful, empowering and uplifting quotes, sentiments and calls to action, from #women all across the globe. But it’s taken me until lunchtime to post something on the topic. Primarily because I was procrastinating, hoping inspiration would strike and I would suddenly be able to compose something that would be simultaneously empowering and motivating and beautiful. #nopressure

But as I sat there in that in that induction, surreptitiously sending a message to my jet-setting friend to wish her well on her journey, I realised that THIS is exactly what #internationalwomensday is all about.

It’s about allowing women the freedom, right and means to live their lives in a way that’s fulfilling and meaningful to them. Feminism can often get a bad rap – when debates rage around important issues such as the wage gap, reproductive rights, media representation and unconscious bias – shackles are raised, harsh words are spoken and unpleasantness emerges from camps on all sides of the debate.

But remember this: just several decades ago, today might have looked very different for my friend and I. Without the incredible toil and persistence of the generations of woman who came before us to fight for our collective rights, my decision to volunteer at my child’s school was likely to have been one of total expectation and at the mercy of my husband’s approval, rather than free choice. And my friend who is enroute to the Phillipines? Would she have freely had the opportunity and means to run her own business two generations ago? Let alone travel across the globe on her own, without her husband and children? How would the Edwardians have felt about that?

Today, on International Womens Day, women have more freedom and rights than at any other time in our history. But it’s also an unequivocal fact that the vast majority of people in positions of power, with the decision making rights in government, media, healthcare and education, are men. Which is why we still need feminism. Why we still need International Womens Day. It’s not shameful to call yourself a feminist. Just as there’s no need to reference International Men’s Day today (just another deference to the patriarchal culture we live in). I’ve seen women I love and admire do both today.

As a woman, and especially as the mother of two little women, I’m a proud supporter of women and the gender equality and feminist movements. I have been ever since I was a very young girl. Now as a business owner in the women’s health space part of my job is to advocate publicly for women, their rights and better, more informed female focused health care.

It is our right to campaign for equality. For an end to discrimination, both overt and unconscious. Feminism doesn’t aim to make us better or more privileged or more powerful than men. It’s aim is to give women just as much freedom, opportunity, and yes, power, as men have. We will need feminism until that day. And then we will continue to need feminism to protect that equality.

So here’s to you women of the world – whether you’re volunteering at an animal shelter, voting for your country’s leader, buying your own home, traveling around the world, adopting a child, packing school lunches, being CEO of a multinational company or having a pedicure (which, incidentally is what I’m doing as I write this!)

My wish for you is that you continue to have the right and opportunity to do all those things. Without shame, without fear, without judgement.